JIFORM- Journalists International Forum For Migration.
JIFORM, with Headquarters in Lagos, Nigeria, is a registered Non-Profit and Non-Governmental Organization with the Corporate Affairs Commission (CAC) as an independent corporate institution.

It is a Media Foundation leading advocacy against irregular migration, human trafficking and crises leading to internal displacement of citizens across the world. The organization as a child of necessity was founded by Ajibola Abayomi, a Nigerian journalist in 2018.

He was the former News Editor, Saturday Independent Newspaper and now the Publisher/Chief Executive Officer of TheLead Publications, the owners of TheLead Magazine and TheLead Online newspaper.

He was inspired to set up the foundation after attending a seminar on December 3, 2018, organised by media trainers comprising Journalists in a Global Contest (JiGC), Eric-Brost-Institute, African Media Initiatives (ami) and Africa Positive in conjunction with the Nigeria Union of Journalists (NUJ) held in Lagos.

The emotional symposium dwelt on the need to tell the African story and rise to the challenge of halting the trend irregular migration from the continent to Europe and other parts of the world out of ignorance thereby making them falling prey to all forms of dehumanization that include women and child trafficking, prostitution, slavery among others in the hands of slave masters posing as destiny helpers.

Ajibola, a member of Africa and the World Editors Forum, after conceiving the JIFORM idea was inspired to reach out to some journalists and volunteers both within and outside Africa on the need to save lives being lost to irregular migration through various unapproved routes on the Mediterranean Sea, desert and other means.

Thus, the idea that grew from the December 2018 gathering has transformed into global concept with the foundation now having over 300 seasoned journalists focusing on migration reporting apart from other volunteers across the continents as members.

JIFORM held its first Global Summit on migration in Abuja, the capital of Nigeria on November 26- 27, 2019 and had since become a global force on migration affairs.

The Foundation was part of the top media team selected across the world and assembled in Tunisia between December 9 and 12, 2019 by the International Organisation for Migration (IOM), an organ of United Nations to develop an ethical charter for journalists covering migration.

Today, the JIFORM is now a rallying point and umbrella body for journalists covering migration with human face and passion across the continents. 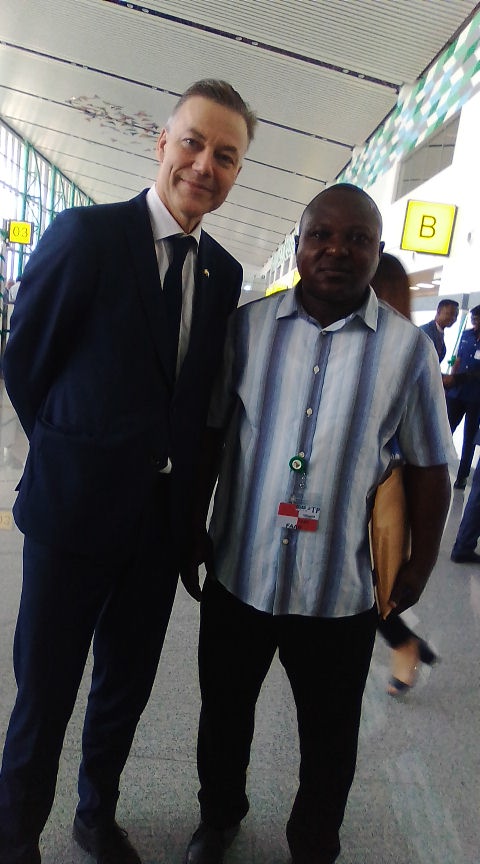 To promote advocacy on migration related matters towards ensuring a better society for all by empowering the media practitioners and stakeholders with knowledge.

To promote migration advocacy through public enlightenment, consultation with stakeholders and charity

Founded in 2018, JIFORM held its first Global Summit on migration in Abuja, capital of Nigeria between November 26 and 27, 2019 and had since become a global force in migration affairs.

The Foundation was part of the top media team selected across the world by the International Organization for Migration (IOM) and assembled in Tunisia between December 9 and 12, 2019 to develop an ethical charter for journalists covering migration. JIFORM, a Not For Profit, Non-Governmental and professional body is now a rallying point and umbrella body for journalists covering migration with human face and passion.

Having successfully organized several capacity buildings workshops for journalists, it held her second Global Summit between October 15 and 16, 2020 combining both physical and virtual presentations at Pensioners FM, Ibadan Oyo State with over 140 participants across the globe.

JIFORM, apart from the IOM has been working with various migration agencies both within and outside Africa. In 2020, the leadership of JIFORM published a book titled: Guide To Migration Reportage containing series of migration reportage and step by step approach on coverage of Migration matters.

In order to contribute to the advance of migration policies in Africa, JIFORM in partnership with the Nekotech Centre of Excellence, Ghana on February 25-26 at the Accra International Conference Centre, organized the maiden African Migration Summit that has in attendance several dignitaries across the continent including President Nana Akufo-Addo, Professor Patrick Lumumba from Kenya, former Minister of Immigration and Citizenship Canada, Hon Gerry Weiner, International Organization for Migration (IOM), Nigeria, Ghana and Gambia, ambassadors and others. 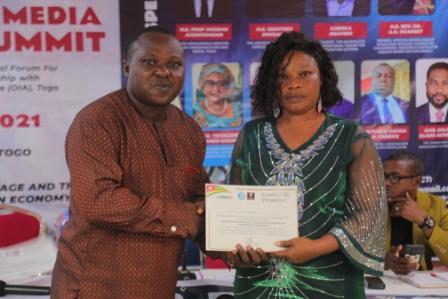 The global media body was part of the promotion of decent work advocacy with the TRANFER-TO-TRANFORMATION and the launch of African Leadership Forum on Decent Work held in Freetown, Sierra Leon on June 8, 2021. The body also commenced the move for integration and empowerment of the West African Journalists by organizing the first West African Media Summit on migration matters in Lome, Togo between June 22 -23, 2021.

Part of the goal of JIFORM is to consolidate on positive migration campaigns an enhancement of media capacity in all the nations.