Arrest: 22 Nigerians Not 35 In Ghana Custody Not Abused-Immigration 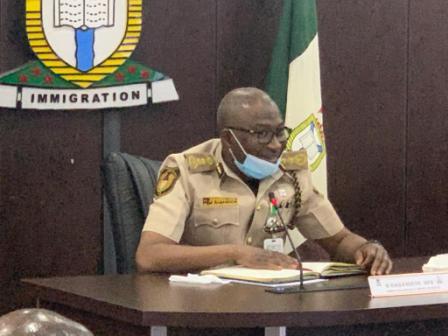 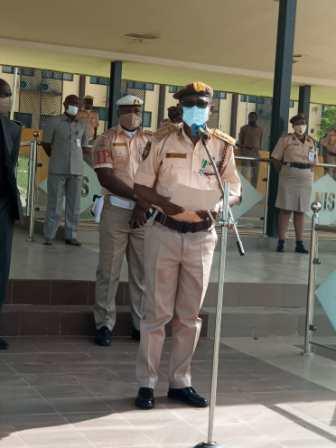 To commemorate the international day against drug abuse, the Comptroller General of Nigeria Immigration Service (NIS), Muhammad Babandede MFR has declared that the agency would not condone drug addict within its hierarchy at any point.

In view of this, he has also ordered a drug test to be carried on suspected officers.

He made the comment at the virtual Comptroller General parade at the headquarters of the Service in Abuja while reiterating his commitment and intention to rid the NIS of Drug abusers.

In a statement made available to the media by the Deputy Comptroller of NIS, James Sunday, the National Public Relations Officer of the agency, he said the CGI admonished officers to stay off any act of drug abuse inimical to good conduct.

“Drug induced misbehaviors or misdeeds are negative effects of abuse which has severe effects on nations and societies safety and well-being of innocent citizens.

“More so for arm carrying agencies of government, the personnel must avoid drug abuse in whatever form to safeguard lives. The responsibility of an organization or agency of state can be measured by the level of discipline of its workforce.”

James added that during one of the passing out parades of the NIS cadet Assistant Superintendents in Kano in 2019, the CGI announced a zero tolerance for drug abuse with the commitment that the test will start with him.

“He has not reneged on these noble causes of reforming the NIS health wise and enhancing the emotional stability of officers and men at work for effective and efficient discharge of their duties.”

According to the NIS Spokesman, the Babandede renewed effort to fight drug induced misbehaviors among the service personnel was an exemplary leadership style, as every effort put up by any organization to rid its employees of drug abuse would increase productivity, efficiency and effectiveness and gain public confidence.

James said the CGI has ordered that a two -step test will be carried out on those with visible and confirmed cases of drug abuse for rehabilitation and if they could be rehabilitated due to personal attitude and negligence they would be appropriately sanctioned to deter others and sanitise the system.

The NIS Spokesman said the world observed, the international day against drug abuse, Babandede encouraged the NIS personnel and indeed all stakeholders to imbibe a safe and healthy attitude in handling drugs, only to heal and cure ailments not to be abused.